Microsoft wants to create chatbots that imitate real people, whether they are alive or dead. The technology was patented by the company in December 2020 and recalls the first episode of the second season of the Black Mirror series, “Be Right Back”, where a girl buys a robot with artificial intelligence, identical to her posthumous ex-husband.

The patent was discovered by the Protocol portal. In the document, Microsoft presents its project that seeks to digitally reconstruct people, both with the creation of a chatbot, and with 2D or 3D speaking models.

According to the company, chatbots and digital models should be developed based on information, videos, audios, social media data and general data associated with a specific person, instead of using artificial intelligence and machine learning to train generic bots in a traditional way, as has been done by the market for years.

The “social data”, which is what Microsoft prefers to call this data, mostly extracted from social networks, will be used to build a profile that should incorporate and chat as a specific person.

In addition to the chatbot and digital model, the company also wants its models to create audios with the voice of the reconstructed person. “In some ways, a voice source for a specific person can be generated using recordings and sound data related to the specific person,” says the patent.

The person to be rebuilt it doesn’t necessarily have to be dead, she can also be someone alive like a celebrity, a family member or a friend, even as the user can be.

“The specific person can correspond to a past or present entity (or a version of it), such as a friend, a relative, an acquaintance, a celebrity, a fictional character, a historical figure … [como] it can also correspond to itself (for example, the user creating / training the chatbot ”, write those responsible for the patent.

Just like any chatbot, it is necessary to train artificial intelligence so that it reproduces a person in a legitimate way. If well trained, it is capable of reproducing even a person’s diction, tone of voice, accent and style.

However, if insufficient data is provided, the technology seeks external data to fill in the gaps. In such cases, there is a chance that the robot will say something that the incorporated person would never say.

It is important to remember that there is not yet a prototype running with the technology. The idea presented in the patent must still be developed and matured in order to be launched in products aimed at final consumers. 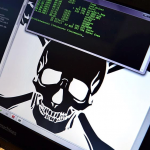 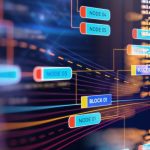 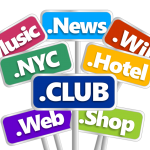